EBO (European Business Organisation) Worldwide Network stands as the only organization that represents European business interests in markets outside the European Union. It represents an active network in more than 45 key markets that serves European multinationals, as well as micro, small, medium and large companies.

Being part of such a network will support EUCCAN in its constant growth, it will allow EUCCAN to have a voice in Brussels and support the spread of Canadian opportunities to EU companies. It will also allow EUCCAN staff to learn more and share best practices with their counterparts worldwide. 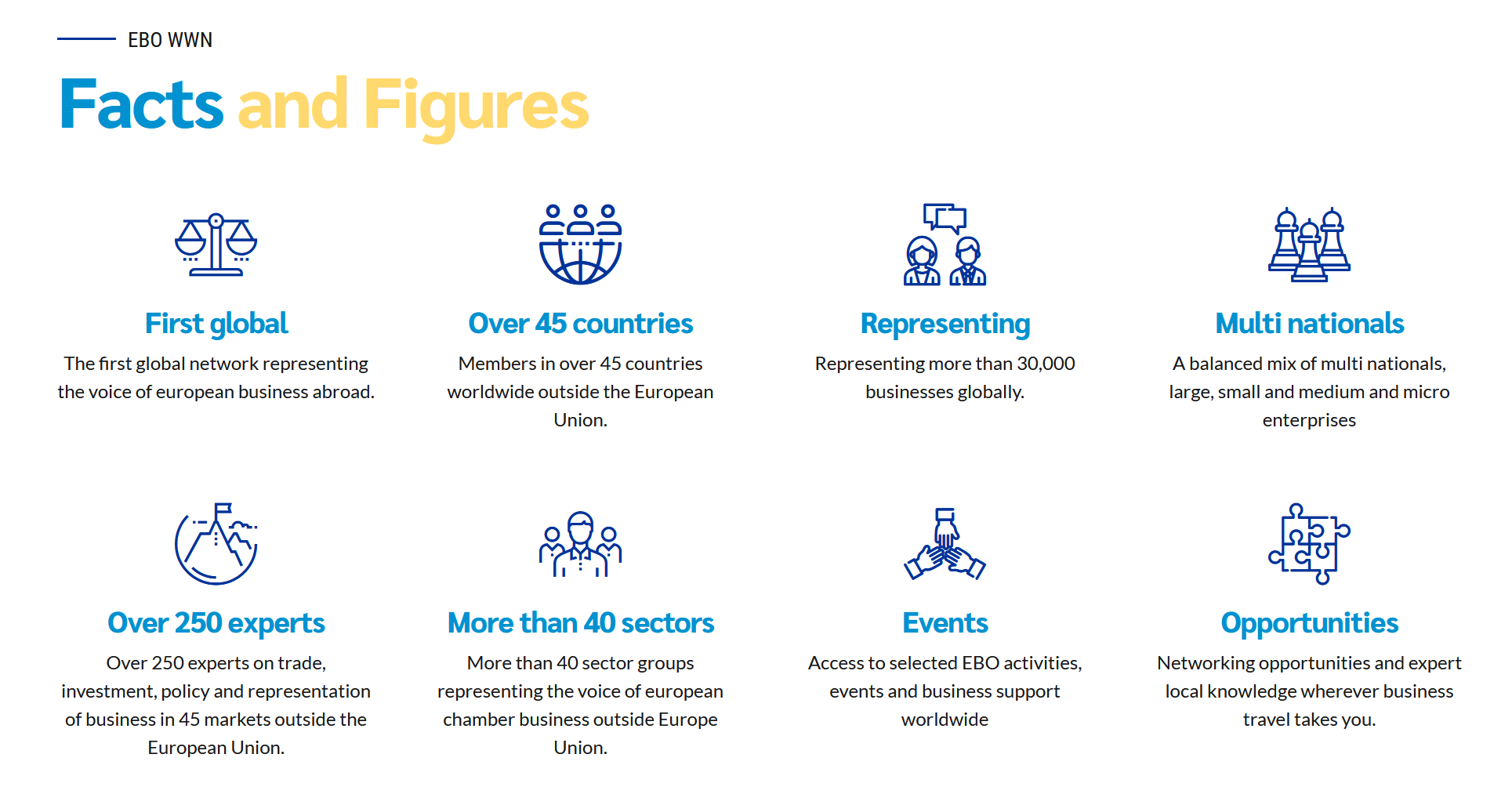