EUCCAN Europe Day celebration, part of the programs nation-wide outreach, was a commemoration of the anniversary of the Schuman Declaration, in May 1950, which called for integrated European cooperation and paved the way to the formation of the European Union.  Europe day promotes Europe in Canada and reinforces the relationship and increased collaboration between the two. EUCCAN, as part of it, strives to increase collaboration between European Union Chambers of Commerce and business associations, along with its visibility as a national organization.

Europe Day Celebrations organized by EUCCAN, took place between May 3rd and May 16, in four major cities in Canada: Toronto, Montreal, Vancouver and Calgary.  We are very proud and happy to announce that the celebrations of Europe Day have been a success; it has reached over 300 people interested in the events and collaboration.

As mentioned above, all four events and locations have had a magnificent attendance and a highly positive outcome and message.  Here are some highlights, main topics of discussions and achievements of each of the four event locations:

With an attendance of 120 people, the event in Toronto has been the most successful one, attracting not only EUCCAN members and contacts, but also other participants interested in the CETA agreement between the European Union and Canada.  The event was hosted by Mr. Thomas Beck, President of the European Union Chamber of Commerce and included the following guest speakers:

Ms. Marie-Anne Coninsx, Ambassador of the European Union to Canada

The discussion at the Toronto Celebration evolved around the benefits that CETA will bring to the European and Canadian businesses. The key message conveyed by all the speakers was that the undeniable quality of the trade agreement and its ability to provide a variety of solutions, presents a great opportunity for Canadian (and European) companies, especially for small and medium enterprises, and will bring prosperity to both sides of the Atlantic. Even though growing your exports outside of North America requires personal interactions with new cultures and new ways of doing business, all speakers encouraged enterprises to move and act quickly to take full advantage of the agreement.

The EUCCAN Europe Day in Calgary had an attendance of 50 people, and was honored to have the following guest speakers:

The main points of interest in the discussion in Calgary were how to do business in Europe and the main differences between the two markets.  The speakers shared their success stories and offered advice as well as insight based on their own experience. They invited people to invest and explore new markets, especially now with CETA paving the way to Europe.

Approximately 80 people attended the event in Vancouver which was held in corporation with the European Chamber of Commerce in Canada West at the DUDOC Centre – a place for Dutch Urban Design and Development.  EUCCAN was pleased to welcome the following guest speakers:

Mr. Celso A. A. Boscariol, Q.C., President, EU Chamber of Commerce in Canada – West acted as the moderator for the panel discussion.

Here, the discussion focussed on how to grow your business and make use of opportunities such as CETA. The panelists presented different strategies and introduced the services of the Canadian Trade Commissioner Services which provides assistance with getting companies ready for smooth sailing into the European Union markets.

Our celebrations in Montreal had an attendance of 40 people, including the following guest speakers:

The panel in Montreal discussed the benefits of CETA and also the simple daily obstacles while doing business between Canada and Europe such as time difference, language barriers and different business cultures. All speakers agreed how important it is to be aware of these things but also not to get discouraged. They motivated participants to make use of the agreement and explore the European market, ideally travel to Europe to build personal relationships with potential business partners.

On a final note, The President of the European Union Chamber of Commerce in Canada, Mr. Thomas Beck along with the rest of the EUCCAN members would like to take the opportunity to thank all the guest speakers, attendees and all parties who took part in the celebration for a successful event. We would also like to thank our partners at Borden Ladner Gervais for hosting the events in Toronto, Calgary and Montreal and for providing us with great and insightful speakers. Nonetheless, we would like to thank the European Union Chamber in Canada- West for their great support and cooperation during our celebrations in Calgary and Vancouver.

The EUCCAN Europe Day Celebrations have been the first attempt, amongst many more to come, to strengthen a nation wide EUCCAN network. EUCCAN is more than pleased with the turn out of this event and looking forward to many more upcoming events. 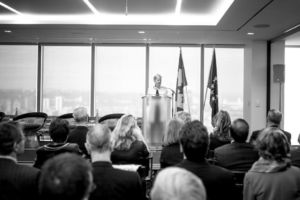 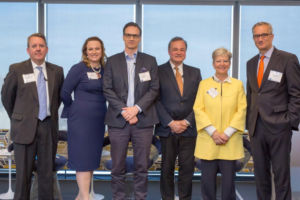